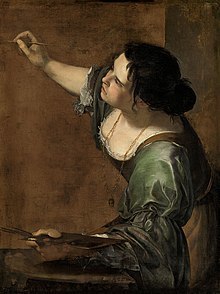 The phrase "well-behaved women never make history" was actually coined (as 'seldom make history') by Laurel Thatcher Ulrich  and can now be seen on T-shirts, bumper stickers and buttons all over the world. Here are some of the gems on unwed mothers, fighting women, unsung authors of the 1600s and other women you'll want to know from her book Well-Behaved Women Seldom Make History (Alfred Knopf, 2007).

Unwed Mothers and Women in Court

"Although a quarter of English brides were pregnant at marriage, very few babies – roughly 2 – 3% – were born to unwed mothers. In most cases, a combination of social pressure and the threat of legal action forced people to marry. When they didn't, the law insisted that the man responsible for a pregnancy pay for a woman's delivery and the maintenance of her child. In case of conflict, state-sponsored church courts determined guilt or innocence. Contemporaries called England's ecclesiastical courts "body courts," and for good reason. Much of their business concerned sexual transgressions or sexual slanders." Page 80

"Although judges and juries were male, females played an essential part not only in cases of sexual transgression but in actions for sexual defamation and slander. In London, three quarters of the plaintiffs and more than half the defendants were female. Where depositions survive, the voices of women come through with astonishing power." Page 81… In London, three quarters of all defamation cases were brought by women, and in half of those cases both plaintiffs and defendants were female." Page 84

"In the past 30 years, scholars have discovered female soldiers in every region of the world and in virtually every historical period. Some impersonated men. A Muslim account of the battle of Acre during the Third Crusade reported among the prisoners "three Frankish women who had fought from horseback and were recognized as women only when captured and stripped of their armor." During the American Civil War, a female sergeant disguised her sex until, to the horror of her commander, she was delivered of a baby.  With or without disguise, women fought in the French Revolution, the Haitian revolution, and the Spanish Civil War. They carried guns in the successful Mexican revolution of 1910 and the failed Hungarian Revolution of 1956. In Vietnam in the 1960s, they hung machine guns over their shoulders as they worked in the fields." Page 44

"Between 1611 and 1621, Elizabeth Cary  published the first original drama by an English woman, Aemilia Lanyer, the first country house poem, Mary Wroth  the first prose fiction and Rachel Speght,  the first signed polemic. Today [their] works are studied in colleges and universities, not only because they are "firsts," but because they are complex and interesting on their own terms." Page 75

For aristocratic women, the 16th century it was an age of educational reform. There was even a flurry of interest in women's history. In 1521, Bryan Ansley, an official in the court of Henry VIII, translated and published Christine de Pizan's Book of The City of Ladies. Henry's daughters must've had copies. A six-panel set of tapestries called the "Citie of Ladies" was among the treasures he passed on to Elizabeth." Page 76

"In the past 15 years, the Women Writers Project at Brown University (now with Northeastern) rescued hundreds of Shakespeare's female contemporaries from oblivion. In Canada, the Harriet Tubman Resource Center on the African Diaspora at York University has begun documenting the 20,000 slave refugees who arrived in Ontario in the 1840s and 1850s… Even the venerable Dictionary of National Biography, the project that Virginia Woolf's father, Leslie Stephen, helped to create, has found a more substantial place for women. A new online edition has added 3869 entries on women, a 200% increase over the older version." Page 224

"Christine began by using her skills in penmanship to work as a scribe and copyist, eventually becoming a writer herself. Scholars have identified at least 55 manuscripts written in whole or in part in her hand. She was proud of her work, and included in several of her own books an image of herself in her study… She did not work alone. In The City of Ladies she praises a female artist named Anastasia, noting that "she has executed several things for me which stand out among the ornamental borders of the great Masters." Page 11

"Christine's method was to gather biographies of remarkable women from every source she could find. She was not interested in chronology, nor did it concerned her that stories about courage in battle might contradict stories of pious passivity. The chaos of her collection made its own argument – that women were as varied as the virtues they exemplified." Page 38

"Neither marriage nor the birth of four children impeded Artemesia's success as an artist. Her husband gradually faded from the picture as her career flourished. She was the first woman admitted to the Academies in Florence and Rome. She received commissions from the Medicis, became a friend of Galileo, and produced paintings for many of Europe's rulers, including Philip IV of Spain and Charles I of England. In letters she played up this fame, bragging to one correspondence, "I have seen myself honored by all the kings and rulers of Europe to whom I have sent my works." Poets praised her, and so did her fellow artists. She was not only successful, she was famous." Page 100 – 101 Her portrayal of Susanna and the Elders was in the English Royal collection in 1637. Page 77

Thank you! You may be interested to watch my husband’s lecture re: Artemisia Gentleschi on you tube. Francis Broun, Ph.D. Princeton (1942-2019), was an acclaimed art historian and lecturer. YouTube.com/watch?v=rus-hV4ycBE&t=116s