The Ascent of Woman: Excellent Series on Netflix 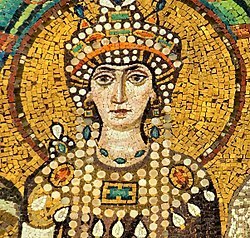 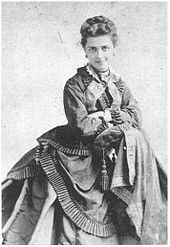 ‘Had Jeannette Meyers Thurber put her name on the institutions she established, she would be as well-known as Carnegie and Rockefeller.’ That statement piqued my interest while enjoying the lecture series from The Great Courses entitled “Music as a Mirror of History”, taught by the very engaging professor Dr. Robert Greenberg, Music Historian-in-Residence with San Francisco Performances.

Thurber established the National Conservatory of Music of America in 1885 – the first of its kind and an endeavor that some say ushered in the first orchestral music with a distinctively American sound. But in a very radical stance for the day, Thurber championed the rights of women, people of color and the handicapped to attend her school, sometimes on full scholarship. This was 1885—not too long after the Civil War -- and her school was racially integrated, promoted women, and had an inclusive stance toward the handicapped.
Read More

Interview with the Author: Jess Wells on A Slender Tether and Christine de Pizan

Q: Tell us about Christine and what you’re trying to convey here.
JW: I was drawn to write about Christine de Pizan because of her courage and determination. She wrote more than 20 volumes of work across a wide range of disciplines and was the first to argue for the political and social equality of women during the time. Today, there are thousands of professors and students who study her as a seminal voice of the Middle Ages. I was particularly compelled, though, by the desire to dramatize the struggle of a pioneer. It’s particularly important to me as we write stories of women of the past that we don’t fall into the trap of thinking them to be one-dimensional super-heroes. I teach writing historical fiction and I tell my students that despite our bumper stickers that say ‘Well-Behaved Women Rarely Make History’ we seem to create female characters that are unblemished. In fact, many of our pioneers are really dreadfully broken people. Anyone who faces down the status quo is fueled by desire, but plagued by self-doubt as well. It’s impossible to not internalize some of the teaching of the status quo that things can’t be done or shouldn’t be done. It’s also true that ambition is a desire that can become an obsession, a hunger that, like any drug, can never really be satisfied. I also wanted to look at the flip side of ambition -- disillusionment – and look at the pain that arrives when one realizes that all ambition is a chimera. I think everyone hits a point, especially in mid-life, and I think it holds true in the Middle Ages as well as now, where one wakes up to the brass in the gold ring, so to speak. It’s a difficult time in life and I hope I’ve added something to the conversation on this with my rendering of Gilles.

Wow! Jess, very interesting to read your insights into your writing of historical novels. What exciting work!. Carmen de Monteflores